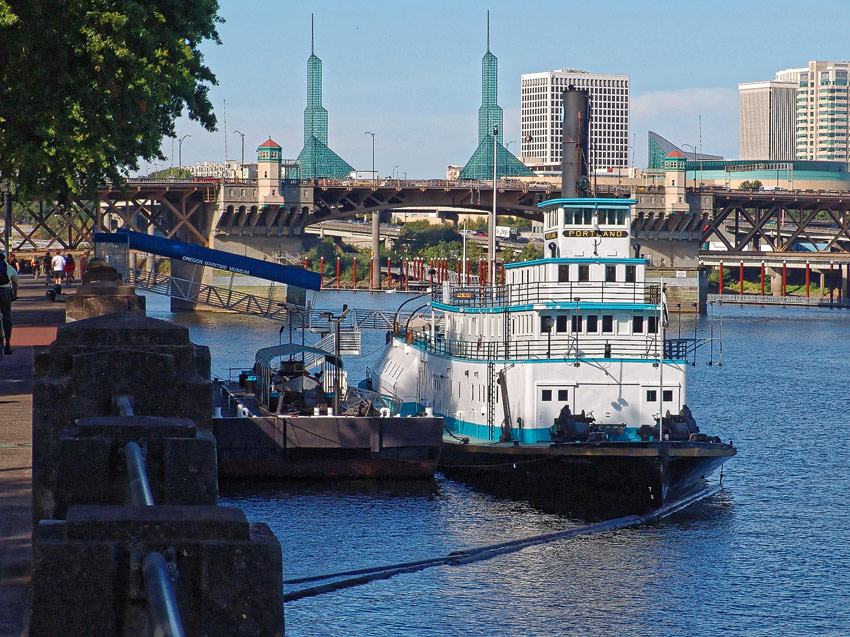 The Str. PORTLAND was built at Portland, Oregon, in 1947 by Northwest Marine Iron Works for the Port of Portland as a sternwheel towboat to replace the previous Steamer Portland which was built in 1919. The hull was steel constructed and it supported wood upper decks; cabin deck, texas deck and wheelhouse. She was decommissioned in 1981.

The Str. PORTLAND makes a 4-hour trip each month in the summer. It goes down through the Portland Oregon harbor to the meeting of the Willamette and Columbia River and returns to the waterfront in downtown Portland.

Also see our picture gallery of the Str. PORTLAND.