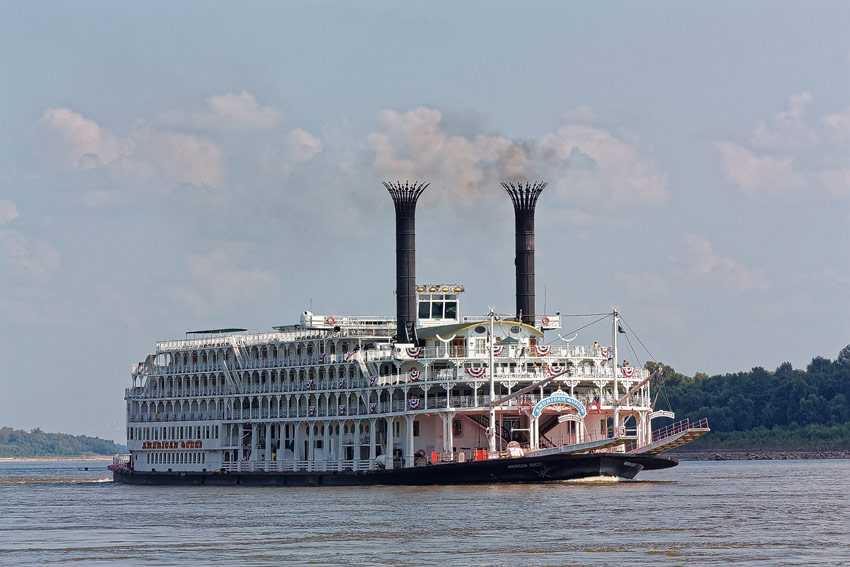 The American Queen is the third “Queen” from the former Delta Queen Steamboat Company and is probably the largest steamboat ever built. She was built in 1994 by McDermott Shipyard and launched in 1995 at an approximate cost of $60 million. Her steam engine are from the U.S. dredge Kennedy. As the paddle wheels are too small to move the large boat in every situation, there are two additional propellers which can be used if necessary.

Modern technique and historic charm makes a cruise on the American Queen an unforgettable experience.

End of the 2008 season Majestic America Line decided to discontinue its cruise business. The American Queen had been returned to the MARAD and was on idle on a lake near Beaumont, TX, until August 2011 when she has been acquired by Hornblower and moved to a shipyard in Louisiana for a refit. The new Great American Steamboat Company, later renamed in American Queen Steamboat Company, with their headquarters in Memphis, Tennessee, will operate the American Queen again as a river cruise ship, beginning in April 2012.

Whistle of the American Queen

The sound of the original whistle of the American Queen (taken from the HERBERT E. JONES) was very weak, not that the whistle itself was inappropriate but the steam supply line’s diameter was too small so the whistle didn’t get enough steam needed to unfold her full power. Today the whistle (a Kahlenberg whistle) now obviously is operated with a mixture of steam and pressurized air and gives her a full, though not completely “steamy” sound. That’s the sound you her in the recording here. In addition, the American Queen has an air horn and unfortunately most pilots prefer the air horn now over the whistle so on some cruises you’ll only rarely hear the whistle blow.

Calliope of the American Queen 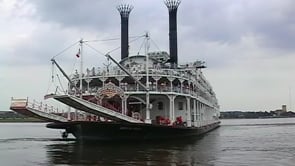 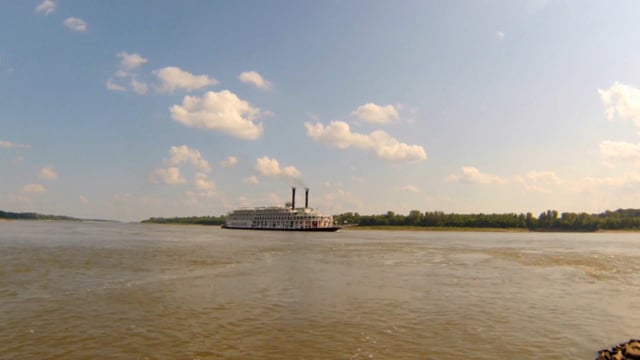