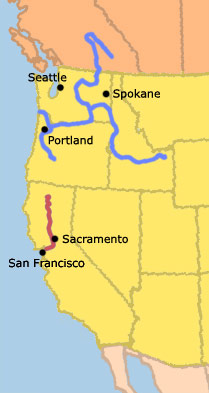 In 1849 the first steamboat on the 382 mile-long Sacramento River, the GEORGE WASHINGTON, began her service between Sacramento and San Francisco. That was just one year after the beginning of the California Gold Rush.

Over 300 steamboats should be following her in that area, mainly for the regular service between San Francisco, Stockton and Sacramento. The famous million-dollar-boats DELTA QUEEN and DELTA KING where originally operating here until the DELTA QUEEN was taken to the Mississippi River system in 1947. 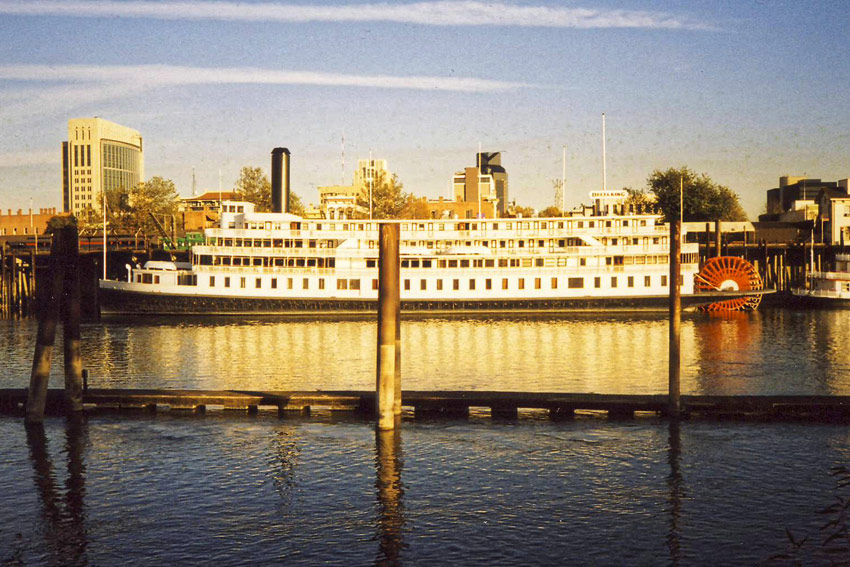