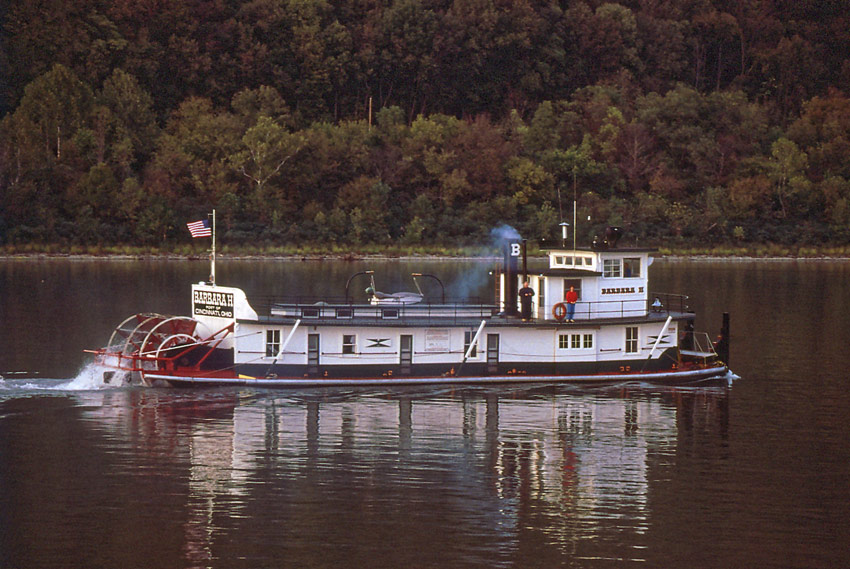 The Barbara H was originally named Standard and built by Marietta Manufactoring, Point Pleasant, WV, for Standard Oil, OH, in 1923. She´s a sternwheel diesel towboat. She´s 99´-2´´ long and 19´-8´´ wide. In her early years she pushed gasoline barges on the Ohio River between Marietta, OH, and Vevay, IN. In 1939 the Standard suffered an engine explosion.

She was sold to Harry and Ray Brookbank who repowered her with a diesel engine. In August, 1940 she was renamed Donald B after the young son of Ray Brookbank. She pushed coal barges during World War II. Ray Brookbank operated her until his death in 1983. His son Donald took her over. She continued pushing gravel barges for Brookbank River Services until December 1, 2000, making her the longest running towboat after 77 years of service.

Barbara and Steve Huffman purchased her in December 2000, and renamed her Barbara H. She’s now maintained and operated by the Historic Sternwheeler Preservation Society, Inc., Lamb, IN (www.hspsi.org).

The Barbara H. is listed as National Historic Landmark since 1990. Due to Coast Guard restrictions, the Barbara H cannot be “hired” for public river cruises. She can be hired as dockside attraction vessel with guided or self-guided tours.

(Thanks to Capt. Steve Huffman and Dan Beck for the pictures.)

That’s the only video of the Barbara H. we have. Unfortunately it’s pretty shaky as it was filmed from aboard the Belle of Louisville. 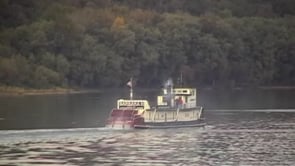