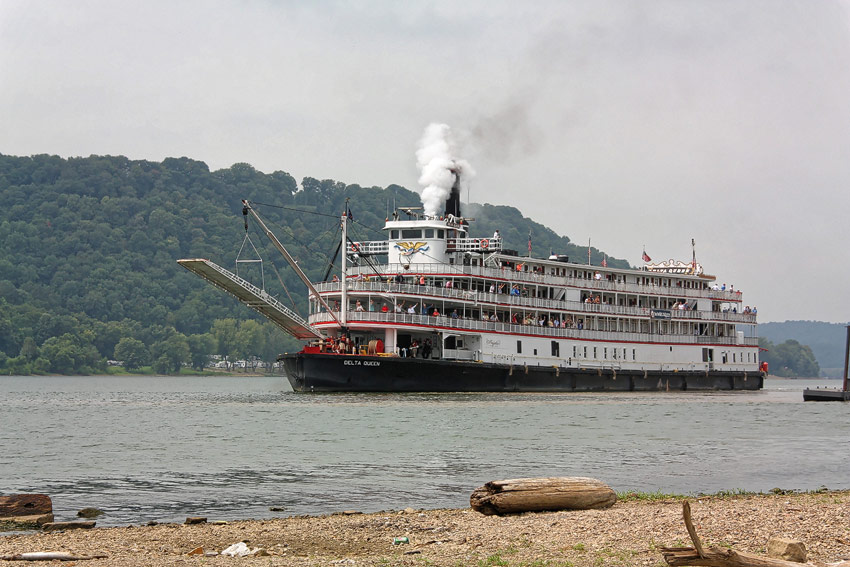 To our knowledge there are four different, high-quality sets of plans available for the steamboat Delta Queen. One of them is the original plan set from the shipyard at Dumbarton, Scotland, where the Delta Queen as well as her sister boat the Delta Kind had been built in 1924. Another one is a dedicated model building plan issued by Greene Line Steamers, Inc. The third plan set is accompanying an excellent scale model kit of the Delta Queen in 1/50 scale. The fourth plan set is available from Hartman Model Boats who are also offering fiberglass hull and deck of the Delta Queen.

For your research, before starting to build a Delta Queen steamboat model, you might also want to have a look at some additional Delta Queen resources here at steamboats.org.

Each of these plans or a whole plansets can be ordered by snail mail, payment via credit card is being accepted. For an order form, send an e-mail listed on the Ship Plan Collection‘s website.

The Greene Line Steamers Inc., Cincinati., Ohio, for a limited time sold model plans of the Delta Queen. If you’re luck you might find one of these plans at eBay or in an antique store. But these plans are very rare and collector’s items. The Delta Queen consists of 6 sheets drawn by Schuller & Allan, Inc. Naval Architects of Houston, Texas. This model plans are in about 1/130 scale. Expert model makers are claiming that these plans are not very accurate, though.

The Japanese Saito Saisakusho Co. Ltd. is manufacturing and selling a wonderful Delta Queen 1/73 scale (48” x 12.5”) model kit ready for real-steam operations for about 1,900 Dollar (just the kit; steam engine is being sold separately). This is a superb model kit including plans but hard to find and expensive. Available in the US at Loyalhanna Dockyard or in Australia at Dave’s Hobby Centre.