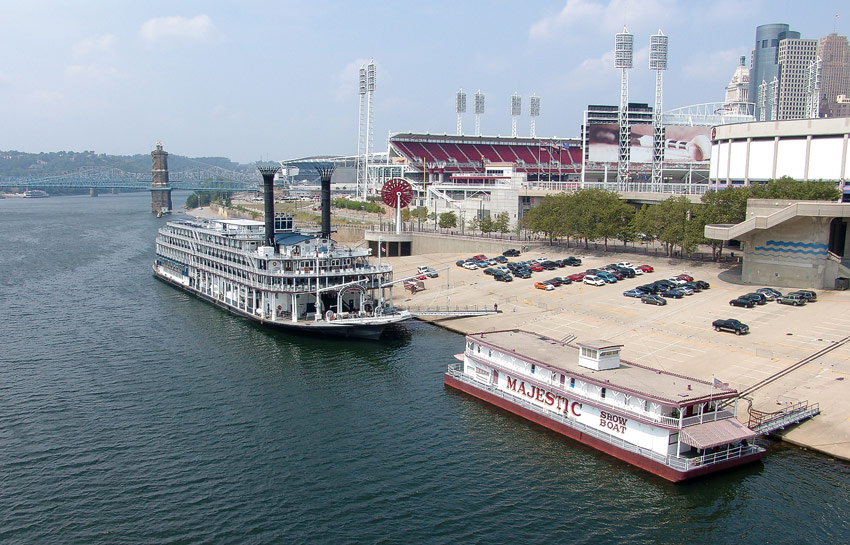 See also: Covington, KY, and Newport, KY, which both are very close by, right on the opposite side of the Ohio River.

The Public Library of Cincinnati and Hamilton County

The Public Library of Cincinnati and Hamilton County
www.cincinnatilibrary.org/main/rb.asp

A replica of the American Queens paddlewheel is the centerpiece of the National Steamboat Monument on the Cincinnati Public Landing. The paddlewheel is surrounded by the interactive whistle grove, steel colums which steam and make music when you walk through. Along the riverfront there are more colums with engravements about steamboat history.

There are more pictures and a video clip of the Boone No. 7.

Talls Stacks has been one of the biggest riverboat festivals held in Cincinnati, OH, and Covington and Newport, KY. The festival is held every 3 or 4 years in October, though 2006 so far was the last time. So far it looks like there won’t be a Tall Stacks Festival in the future …