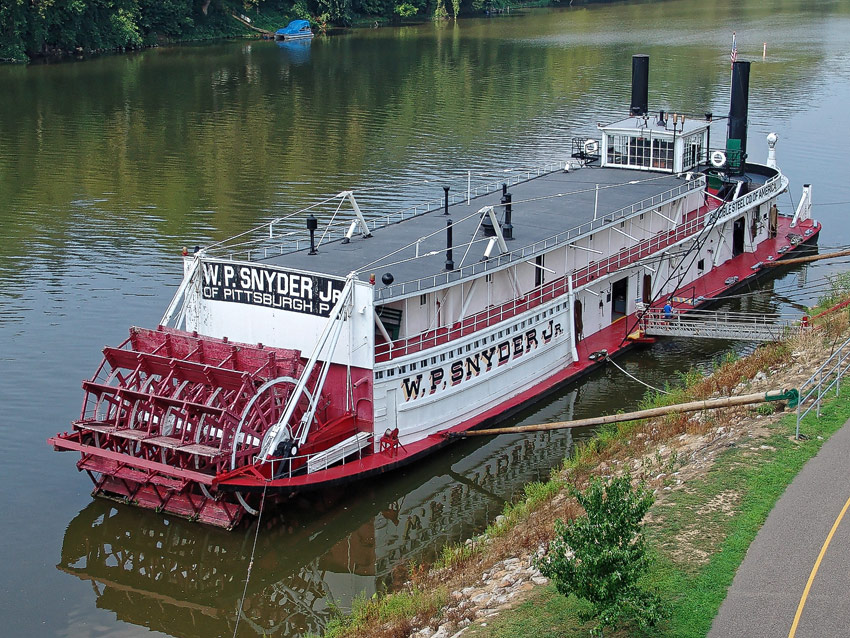 She was a sister vessel of the W. H. Colvin Jr. She towed coal on the Monongahela river until she was laid up on September 23, 1953, at Crucible, PA. In the summer of 1955 the boat was given to the Ohio Historic Society for exhibit at the Ohio River Museum of the Sons and Daughters of Pioneer Rivermen, Marietta, OH. The W. P. Snyder Jr. was the last steamboat locking through Lock 1, Muskingum River, before it was removed. She arrived with Capt. Fred Way Jr. as master at Marietta on September 16, 1955.

The Ohio River Museum has its own homepage.

Listen to the whistle of the W.P. Snyder jr.