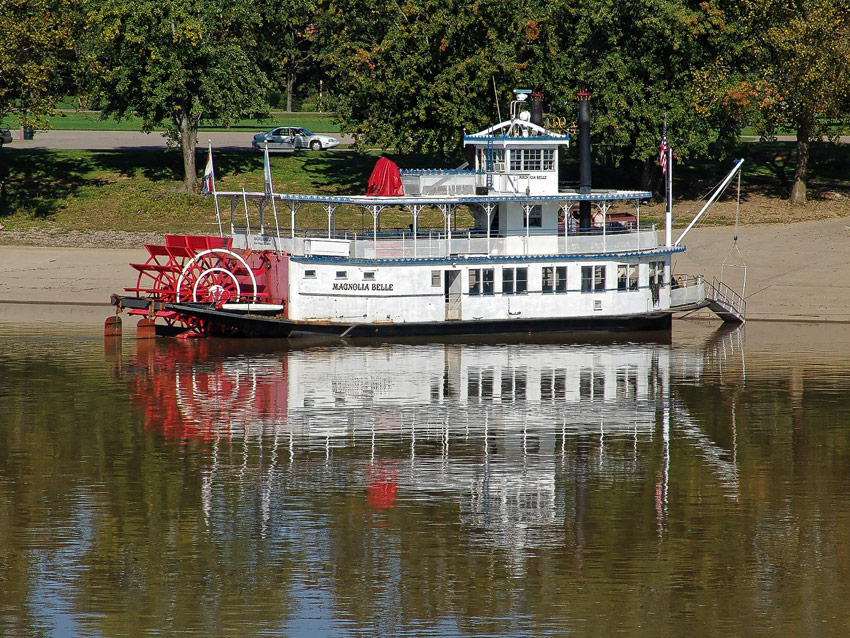 The Magnolia Belle is a real paddlewheeler, built in Dubuque, Iowa in 1969 by the renowned Dubuque Boat & Boiler Co.  She is an authentic calliope, and is has a passenger capacity of about 150 guest for excursion day cruises.

Originally named Border Star she even raced the Delta Queen on the Ohio River in 1971. Later she was renamed Bonnie Belle out of Madison, Indiana, then served as Northern Star and later as Arawanna Belle at Toledo, Ohio, then as Cocoa Belle in Cocoa Beach, Florida and since July 2004 as Magnolia Belle out of Madisonville, Louisiana.

Plans are to move her back to the Ohio River, where she will offer cruises out of Paducah, KY.

The video shows the paddlewheel riverboat Magnolia Belle on the Ohio River in 2006. The video was taken from aboard the Belle of Louisville when taking over on the way to Cincinnati, Ohio, for the Tall Stacks 2006 festival. 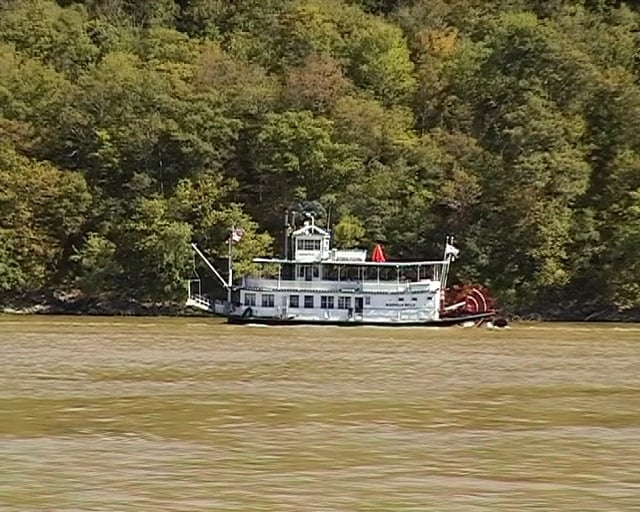