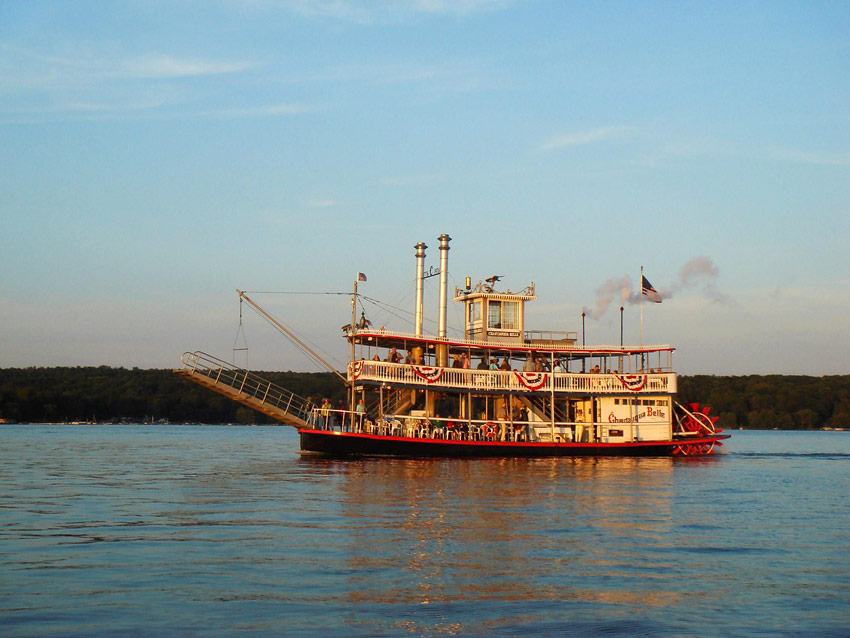 Originally financed and built by Captain James Webster, the vessel was constructed on site in Mayville, New York, between 1974 and 1976. The Chautauqua Belle was launched in 1976 as part of Chautauqua County’s celebration of the United States Bicentennial and was christened with a bottle of Welch’s Grape Juice.

The Chautauqua Belle has a 60 horsepower Uniflow marine steam engine manufactured by Skinner Engine Company. Her top speed is 7 miles per hour. The engines were built for the Chautauqua Belle by Harry McBride in 1975. She has a mechanical steering system with cable operation of two rudders mounted on the stern ahead of her paddlewheel.

For several years the Chautauqua Belle was not operating, but a new group of investors realized what a unique asset she is to the community and purchased her to operate once again. So for a while she offered a delightful trip on the most northern part of the Ohio River Tributary System.

(image of the Chautauqua Belle: courtesy of Mat Stage)