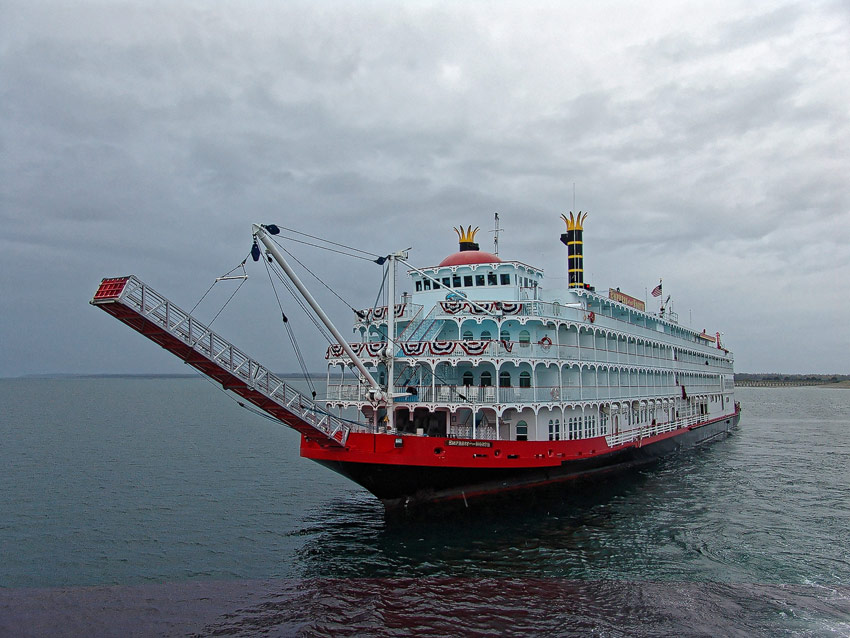 Beginning in April 2014, the AMERICA EMPRESS, ex EMPRESS OF THE NORTH, will run again on the Columbia and Snake Rivers for the American Queen Steamboat Company after about six years of lay-up. The American Empress is run mainly by the stern paddlewheel, but has additional Z-drives for higher speed and difficult navigation situations.

Launched in 2003 as EMPRESS OF THE NORTH the AMERICAN EMPRESS was the first sternwheeler to sail Alaska’s Inside Passage in over 100 years. The Empress of the North’s main destination in summer was Alaska. In the spring and autumn, she joined the Queen of the West and the Columbia Queen cruising the Columbia, Snake and Willamette Rivers.

On May 14, 2007, on a clear day with calm sea she hit a rock off Juneau, AK, and had to be evacuated. The Empress of the North did not sink but was heavily damaged. She went back into service after expensive repair, costing their owners, Majestic America Line, not only financial damage but also effected their reputation. In the following time the Empress of the North was laying on idle as part of the MARAD fleet after Majestic America Line returned her to MARAD when closing down their operational business end of 2008.

This pictures of the paddlewheeler Empress of the North are from her 2005 season on a cruise to the Alaska Inside Passage out of Juneau, AK. Even though it was not the perfect time of the year we saw an incredible number of humpback whales and orcas as well as seals and even a grizzly bear on the shore. To our delight on the last night there had even been northern lights. This Empress of the North cruise for sure is one of the most memorable vacations in our life.