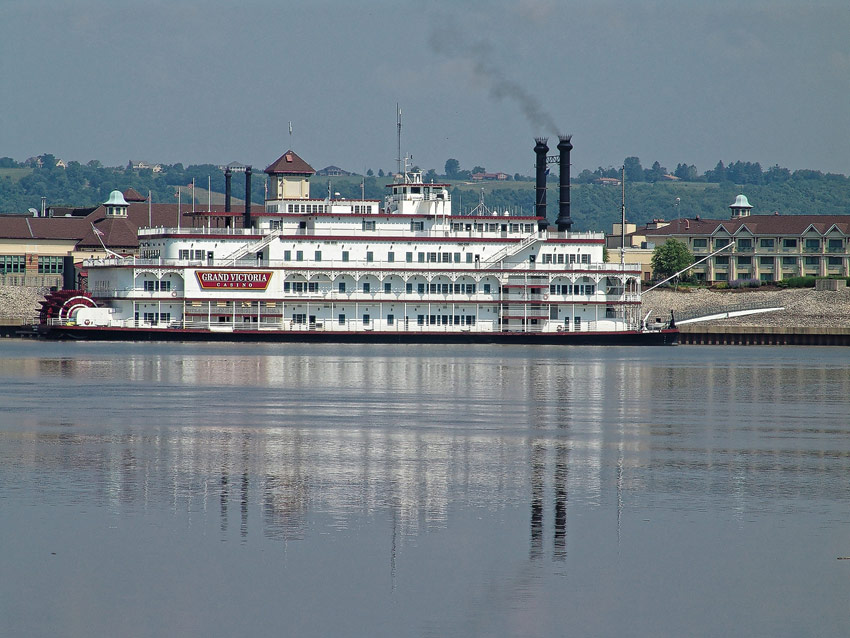 The Grand Victoria II, since 1996 is the center part of the Grand Victoria Casino & Resort in Rising Sun, Indiana. While the boat is “the finest diesel-electric sternwheeler ever built” (Capt. Don Sanders), she is permanently moored right on Indiana’s state border and can’t move without violating Kentucky’s strict gambling laws.

Hyatt Gaming bought the vessel in 1996 and renamed her Grand Victoria II.

Capt. Don Sanders says about the boat: “The Flamingo, designed by Guido Perla, is arguably, the finest diesel-electric sternwheeler ever built. We raced and whipped the Mississippi Queen who was running alongside on a full head of steam before we even came ahead on the 1.500 hp paddlewheel over a two-mile course soon after the beautiful boat started running the gamlin’ boat trade, on the Ohio River, opposite Rabbit Hash, about ten years ago.” 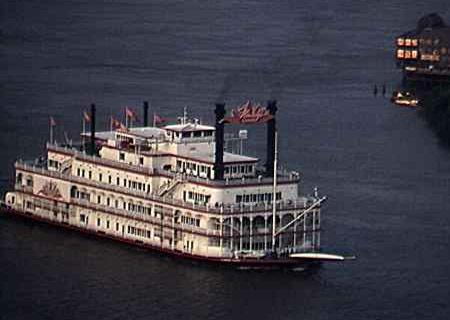 Whistle of the Grand Victoria II

Listen to the whistle of the Grand Victoria II:

Here is a special recording Capt. Don Sanders sent us – the Grand Victoria II greets the Delta Queen as she passes by, and the Delta Queen’s whistle is answering:

The Grand Victoria II had been built as a fine paddlewheel riverboat in a time where casino boats still had to cruise while their guest were gambling. So the Grand Victoria II also has a beautiful whistle she still blows as of today when towboats or steamboats like the Delta Queen, American Queen, Mississippi Queen or Belle of Louisville are passing by.