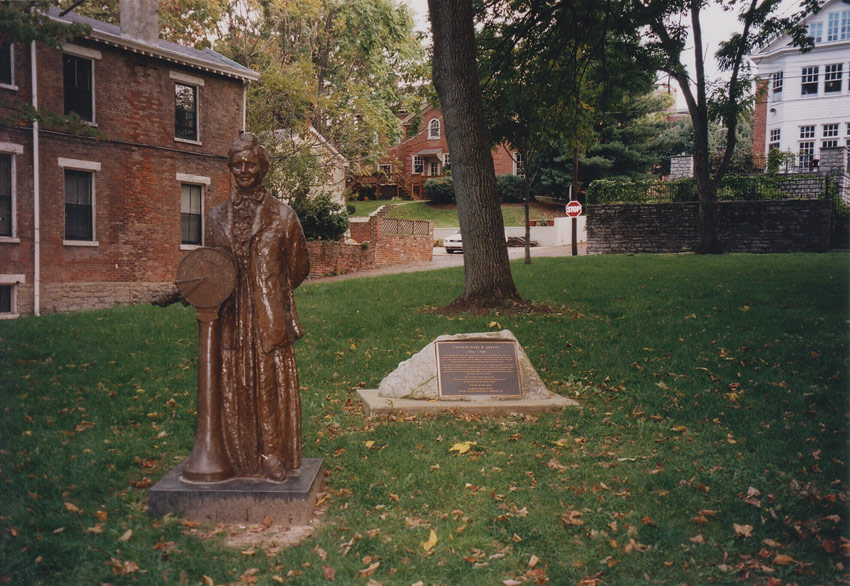 See also: Newport, KY, and Cincinnati, OH, which both are very close by.

Next to her statue is a bench coming from the steamer GORDON C. GREENE (#2387). Other statues are John James Audubon, James Bradley, Daniel Carter Beard, Chief Little Turtle, Simon Kenton and J. A. Roebling.

Located in Covington´s Devou Park and overlooking the Ohio River and Cincinnati, OH, is the Behringer-Crawford Museum. Next to contemporary artwork, Native American artifacts, animal mounts and fossils the museum has a nice river room featuring Ohio River memorabilia including parts of the Virginia Bennett collection.