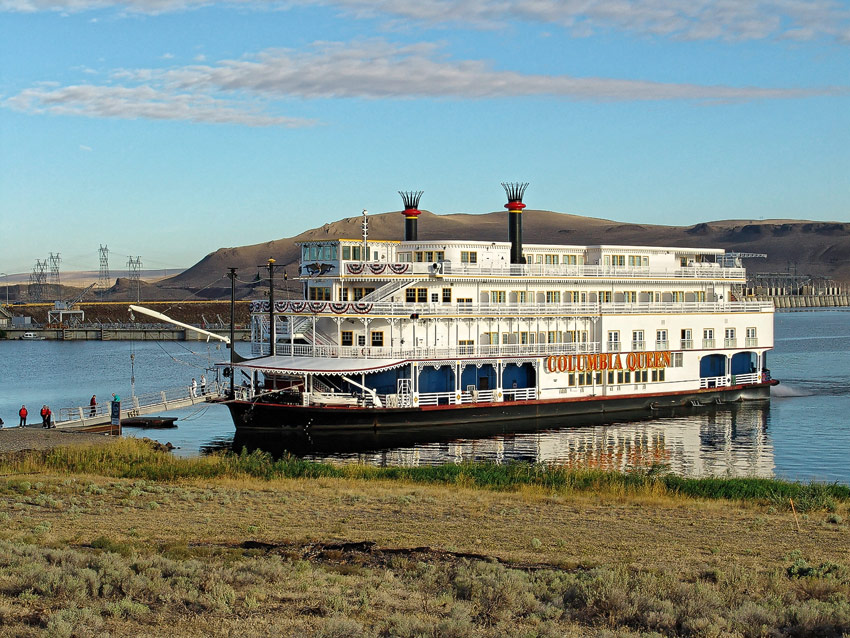 The COLUMBIA QUEEN was built in 2000 for the Delta Queen Steamboat Co. at Leevac Shipyards, Inc. of Jennings, LA, and was completed at Cascade General, Inc., in Portland, OR. She was built in the style of many historic river boats. The hull originates from a former casino boat. The Columbia Queen plyed the Columbia, Willamette and Snake Rivers, joined by the Queen of the West and – in winter, by the American Empress, ex Empress of the North.

The COLUMBIA QUEEN has a troublesome history, first being the fourth of the Delta Queen Steamboat Company “Queens” for just one year until the company filed for chapter 11. Later she was sold to Great American River Journeys, who ran her just for one season until the company went bankrupt. Then she was part of Majestic America Line, which was also a reunion with the other three Queens far away on the Mississippi River system, the Delta Queen, Mississippi Queen and American Queen. End of 2008 Majestic America Line discontinued their operational business and as of today the Columbia Queen is on idle, waiting for a new owner to take her back into service, hopefully soon.