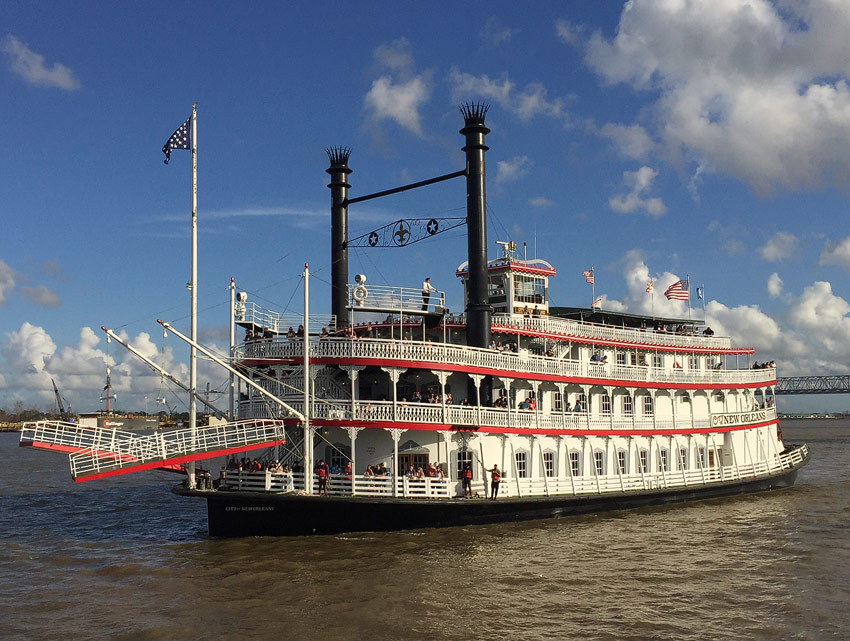 For a long time this boat was called “Jumer’s Casino” and was serving, well, as a floating casino at Rock Island, IL. The boat is decorated in the old steamboat style and has a very nice interior. It was commissioned by Peoria hotel magnate Jim Jumer who also built the “Spirit of Peoria” based at Peoria, IL. The “Jumer’s Casino” Rock Island boat is a larger, nearly identical version of the Spirit of Peoria.

Since April 2009 the Rock Island boat has been docked at Hamm’s Holiday Harbor in Chillicothe, IL just north of Peoria awaiting a proper buyer.

It is now located at New Orleans where it serves as excursion boat “City of New Orleans“, beginning in October 2018, along with the Str. Natchez.

(all pictures of the der City of New Orleans: Matt Dow)