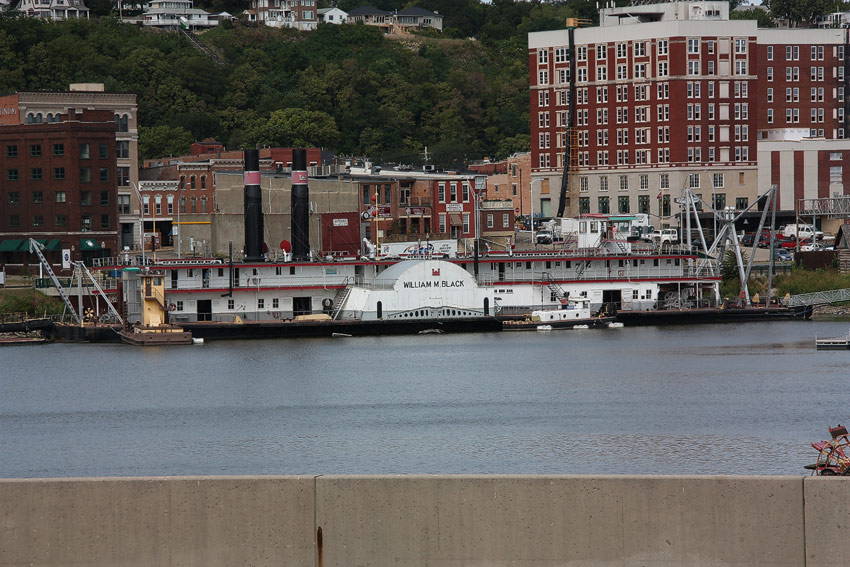 The William M. Black is one of four almost identical sisters. The others are William S. Mitchell (operated until 1986, now used as the U.S.S. Nightmare at Cincinnati, OH), Captain William Clark and Captain Meriwether Lewis (operated until 1969, now used as a museum at Brownsville, NE). The four sisters were sidewheel dustpan dredges for the U. S. Army Corps of Engineers.

The boat was built in 1934 by Martin Marietta Manufactoring Co., Point Pleasant, WV, and in service for 37 years until 1973. She is 277 feet long and 85 feet wide. Today she is part of the Mississippi River Museum at Dubuque, Iowa. One of her side paddlewheels was removed and serves as a background for commemorative pictures for the visitors at the museum.

The Mississippi River Museum has its own website: www.rivermuseum.com